PROGRAMMED ART FOUNDATION [Stiftung Kunstinformatik] is a Munich based trust under the jurisdiction of the Federal State of Bavaria. It is managed by Haus der Stiftung [House of Trusts Munich]. The founders put Reiner Schneeberger in place as managing director for lifetime. The money that is in stock of the foundation is used to support the arts in the field of Digital Art. The costs of administration of the foundation are less then 5% of the anual budget. Co-founders are welcomed. Nearly the full money donated will be used to support projects. VISIT and the Society for Computer Programmed Art [founded 1978] are the supported entities for the IMMERSIVIA project along with the Santorini Bienniale immersive art display. Feel free to contact Reiner Schneeberger via email foundation@immersivia.com or via phone +49 171 20 77 087.

Reiner Schneeberger is known as a digital artist under various names in virtual worlds. A short vita for the press you find at cnn.schneeberger.de. It shall be stated that his own artistic work is not financially supported by the Foundation.

He publishes monthly at rez Magazine as Art Blue. Some of his articles are reprinted here:
THE ARTEFACT
THE EUGENE GHOSTMAN INTERVIEW
THE INVISIBLE ARTIST

About "THE ARCHIVE" [conservation of 3D art - as PDF]
About RECODING ART in EXPO p.53-58 [as PDF]
THE DIGITAL IMMERSIVE AND INTERACTIVE MUSEUM

History on Ervare (see also in facebook):
Here you see Reiner with his sons Georg and Max in deep toughts on the kickstarter campagin of Still Alive Studious in 2010 to support the developement of Son of Nor by creating a Gate of Nor. Finally a NPC called "Ervare" [the one knowing in Afrikaans] was put inside this game and show ways to opensim worlds - connecting game design with 3d immersive art worlds. For the first time ever a game was steared by brainwaves using an EPOC headset. Son of Nor is supporting Tobii eye tracking and Oculus Rift. 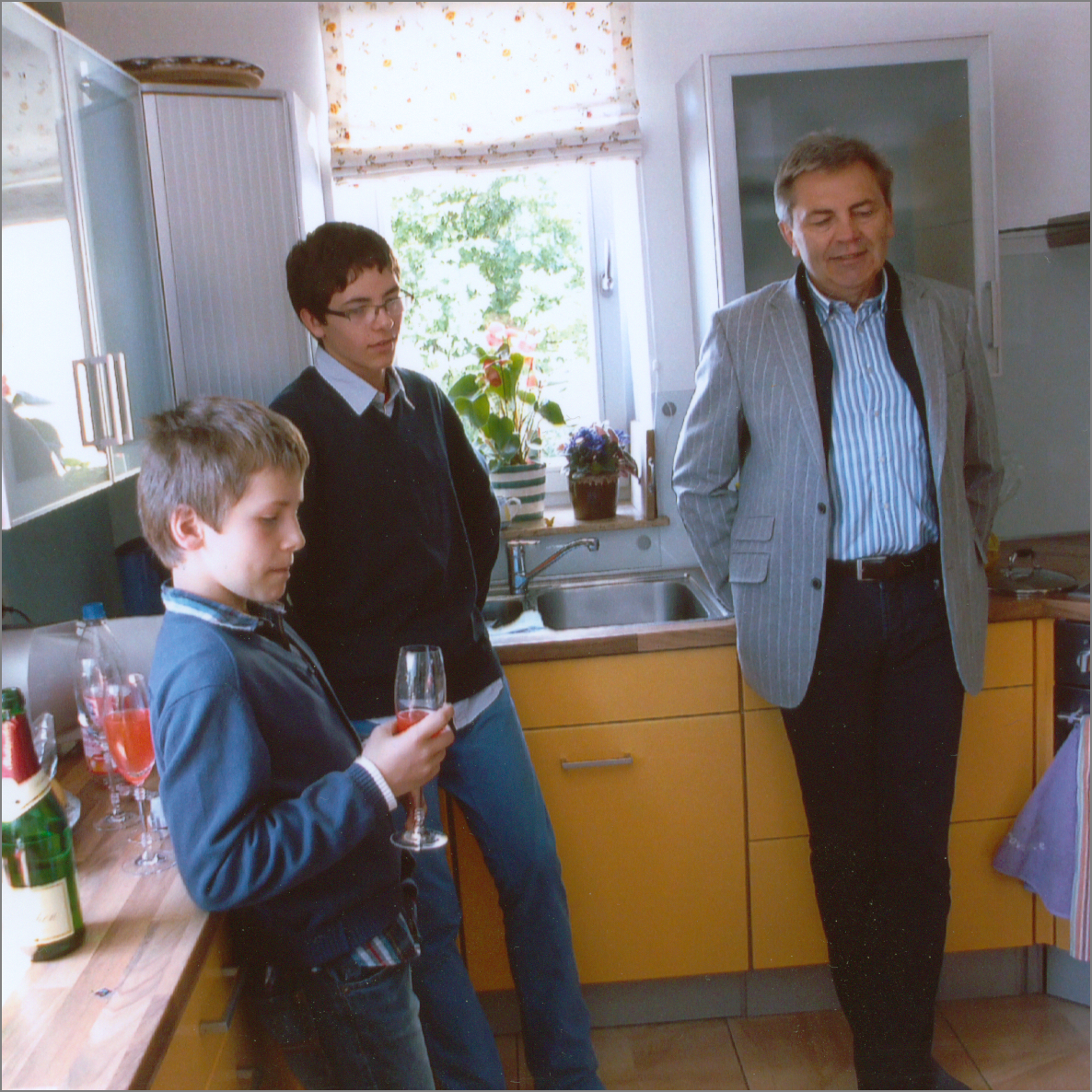 Max and Georg have been [in 2012] participants in a school project  the PRIMEXPLORER. Check out THE CATALOGUE to see the result. Now Georg is studying IT (A.I.) at the University of Malta.

In 2017 Reiner published under the pen name Ervare his memoirs The Gods of Informatics.

New comments are not allowed.